Born in Denver, Colorado, Paul Davies received a Ph.D in music from the University of California at San Diego having studied with Brian Ferneyhough, Bernard Rands, and Joji Yuasa. His music has received many performances in the United States, Mexico, and Europe; distinguished ensembles such as the Kiev Philharmonic Orchestra, Nieuwe Ensemble, Amsterdam, la Camerata de la Universidad Autónoma de Baja California, the Kiev National Opera Chorus, Sonor Ensemble, duo runedako, and Ensemble Expose, London, have given world premieres of his works. In 1990 Dr. Davies was invited as guest composer and lecturer to the prestigious Darmstadt New Music Festival in Germany. This invitation was again extended in 1992 and 1994. In 1997, the composer’s Genji’s Visit to Utsusemi for guitar and ensemble was performed by Ensemble Expose, with the American virtuoso Alan Thomas as soloist, in a BBC production/broadcast at the Institute of Contemporary Arts in London, England. This work was also featured in the Evolution of Our Ear Festival at the Akademie der Künste in Berlin, Germany, performed by Nieuwe Ensemble Amsterdam on November 21, 1997. In 1999 the same work was selected for performance at the ISCM World Music Days in Bucharest, Romania. Davies’ work was featured at the California State University Long Beach Festival of the Arts in July of 1998 and in June of the same year the composer was interviewed on Cable Access TV in a program entitled “A Conversation with Paul Davies”. 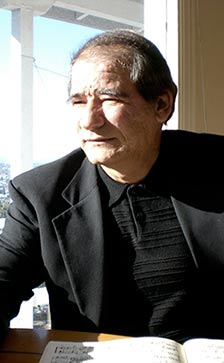 In July of 2000, the composer’s Padre Nuestro for mixed choir a cappella was awarded an honorable mention at the Jihlava 2000 Music Festival held in Prague, Czech Republic. The piece received its European premiere at this festival during the month of July. Its companion piece, Ave Maria, for mixed choir a cappella, was also awarded a prize in the Honors category of the Carlton Savage Endowment for International Relations and Peace as part of the “Waging Peace Through Singing” music festival held at the University of Oregon in July of 2002.

Dr. Davies, who currently teaches composition, music appreciation, music theory, and a course on the Beatles at Foothill College in Los Altos, California, was invited to give a presentation of his works at Stanford University on October 18, 2001, as part of Stanford’s ongoing composition sequence.

Recent commissions and performances include  two commissions for 2016: San Francisco Arch for Duo Runedako (two pianos) and two percussion, and Medjugorje, for string orchestra and percussion for the San Jose Chamber Orchestra, conducted by Barbara Day Turner. In 2007, the composer’s Rhapsody for Piano and Orchestra and Ave Maria, for mixed choir a cappella, received Masterworks Prizes awarded by ERMMedia. The Rhapsody was subsequently recorded by the Kiev Philharmonic Orchestra conducted by Robert Ian Winstin and with Dmitri Tavanets as soloist. Ave Maria was recorded by the Kiev Opera Chorus and will receive a second recording, February 2016, by The New York Virtuoso Singers conducted by Harold Rosenbaum. The CD recordings of both works are scheduled to be released in the winter of 2017. Other commissions include the Lennon Variations, for harpsichord and piano, commissioned by Kate Ryder and Jane Chapman for the “Cutting Edge Series” sponsored and broadcast by the BBC in London in October of 2006, and Berlin Motives for solo harp, commissioned by the Dutch virtuoso Ernestine Stoop and released in January of 2005 under the Dutch label Attacca.

An accomplished concert pianist, Dr. Davies has appeared as soloist with the Foothill Wind Ensemble, the Winchester Orchestra, and the South Valley Symphony.